The Dears at The Key Club

You've got to hand it to Murray Lightburn and Natalia Yanchak - it would take most bands years to recover from such a drastic line-up change but The Dears haven't missed a step and are back with a new album and tour.

The previous incarnation of The Dears was amazing live so I was a little concerned seeing a new lineup playing a new album I'd only heard a couple of times... However, the new songs sounded great live and the five new members are accomplished musicians - definately a case of the whole being greater than the sum of the parts. The old songs sounded good (Lost in the Plot, 22 - Death of all romance and Bandwagoneers) although 'White only party' was too much for the drummer and bass player to handle!

Only stuck around for a few songs of Secret Machines and this proved to be a good move as we ran into The Dears outside and I got to say a quick hello to Murray! 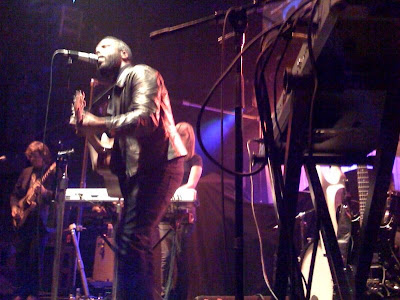