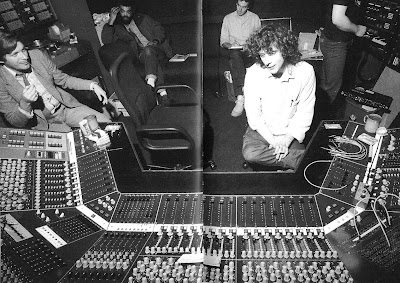 The final cd in the Factory Records story is quite rightly dominated by Happy Mondays (5 tracks included) and by New Order and their various offshoots (Electronic, Revenge and The Other Two.) Perhaps significant (given the dire financial problems Factory found itself in) are the inclusion of tracks by Northside and Cath Carroll, two projects Factory invested heavily in who failed to sell. Northside were an average Stone Roses imitation and Carroll (who had previously released records on Factory with Miaow) was clearly in a genre (Sade/M-People etc) that Factory had no idea how to market...

Overall, Factory Communications 1978-1992 is an excellent boxset, capturing the mood and the times the records were released expertly - from post-punk to the Hacienda and Madchester. The set avoids being merely a 'greatest hits' collection (which would ultimately have been all Joy Division, New Order, Happy Mondays and Electronic) by including the bands and records that never made it - particularly the groups Factory stood by through thick and thin (A Certain Ratio, The Durutti Column etc,) that most other labels would have dropped after one or two unsuccessful singles.

Factory Records went into receivership in 1992 but it didn't really end then did it? Soon would come the books, the movies, the documentaries, the exhibitions and the rebirth of a city. But first there was (of course) the music. Some of it great (some not so much) but all of it was undeniably Factory Records...

And God said to Wilson:
Tony you did a good job. And basically you were right. Shaun is the greatest poet since W.B.Yeats; Joy Division were the greatest band of all time; you probably should have signed The Smiths, but you were right about Mick Hucknall. His music's rubbish and he's a ginger...
Posted by Ian D.Matthews at 5:52 PM