'Made in Sheffield' is an interesting documentary about the post-punk music scene in Sheffield from 1978 to 1982 and how the industrial electronics of Cabaret Voltaire, Vice Versa and The Human League (Part I) evolved into an international pop phenomenon of ABC, The Human League (part II) and Heaven 17... There are interesting interviews with the protagonists of the scene, as well as John Peel and Jarvis Cocker.

One thing I enjoy about these type of documentaries is the features on the bands who never made it outside of the local scene - bands like The Extras (who left Sheffield for the bright lights of London just as all the music journalists were traveling in the opposite direction!) along with 2.3 (marks out of 10?) and Artery (who seem to be injecting theirs with smack). Artery were by far the most interesting and had a singer whose live performances matched the intensity of Ian Curtis. 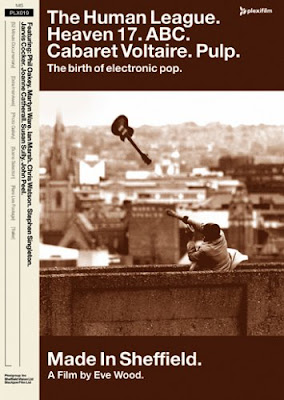