I might have enjoyed Stereophonics more if it hadn't been 200 degrees inside the Henry Fonda theater... I might have, but after the first 30 minute barrage of sub-Oasis wall of sound I was begging for some light refreshment, albeit coming from the lyrically impoverished 'Have a nice day'. I preferred Stereophonics as a three piece - the additional guitarist just turned everything into a metallic swirl and how fitting when Kelly Jones dropped a few lines from Motorhead's 'Ace of Spades' into the opening 'Bartender and the thief.'

The second half of the show was better although heat exhaustion drove me to the rooftop bar to watch part of it, although even that was interrupted by a guy who was telling me how great Chris Cornell is! You can stick that opinion up your black hole son! 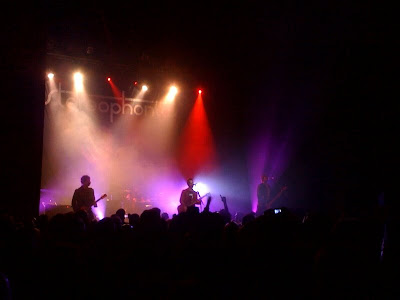