Merz played an early 7pm show at Hotel Cafe last night. I've been waiting to see Conrad live since the debut CD came out in 1999 and it was no disappointment as he mixed songs from his new album 'Moi Et Mon Camion' with a few oldies. It was a stripped down solo affair but Conrad's excellent acoustic guitar work and unique Sheffield via Jamaica vocal style, along with some subtle backing tracks made the show an intimate joy! For 'Lotus' Conrad ventured over to the piano and with the salvation army band horns accompanying him via backing track this was my song of the night, along with the sublime 'Silver Moon Ladders' from the new album. I spoke to Conrad after the show and what a nice guy too! 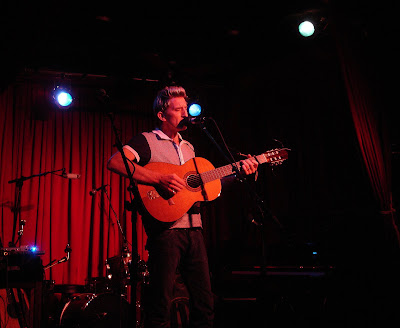