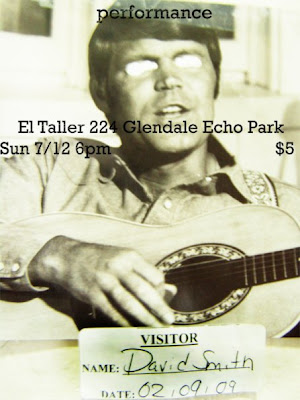 The nomadic RocknRoll Community Garden held court at El Taller, which is basically a couple of empty rooms between some stores in Echo Park... Following a talk on making your own Kombucha (which has put me off pancakes for life) - DSS took the floor and played an interesting set including a few new songs, some of which featured Sasha Gransjean on guitar... I particularly enjoyed the Mercury Rev tinged 'Shampoo' and 'Friends and Family'. Towards the end of the set David reverted to acoustic guitar; playing 'the busking song' and the poignant 'Keep Love'... 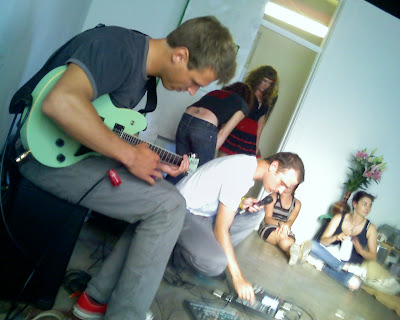