The Prodigy at The Palladium 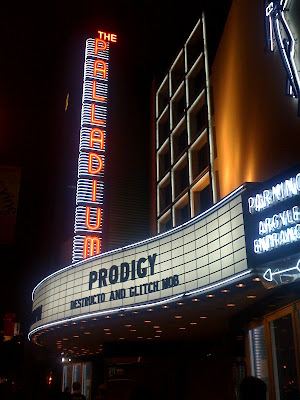 This was our first time going back to The Palladium after it's extensive refurbishment. The new facade certainly looks good, although I always wonder if it's worth spending loads of money to make something look as close as possible to the original... The foyer certainly looked better but the layout still feels awkward and confusing, although I did like the wooden ceiling. The venue itself looks the same - a flying saucer shaped room with a stage that appears to have been added as an afterthought. Apparently there is a new dance floor which looks much the same as the last one...

We caught most of The Glitch Boys, who were a little boring - crunk/two-step featuring three 'DJs' who were pushing button and throwing shapes. Switch on, switch off, switch on, switch off... Anyways, we were kept entertained by some (for want of a better word) dancing around the perimeter of the dance floor. At times it felt like we were standing in the middle of a bad audition for 'So you think you can dance'...

The Prodigy were excellent, their techno-punk having lost none of its ferocity since they were arguably one of the biggest bands in the middle 90's. The set was a collection of their best stuff including 'Their Law', 'Voodoo People' and 'Poison' from Music For The Jilted Generation; 'Smack My Bitch Up', 'Breathe' and 'Firestarter' from The Fat of the Land; some new stuff from 'Invaders Must Die' and the obligatory 'Out of Space' from Experience which closed the short but incendiary set! 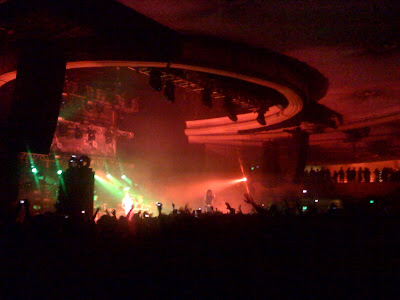 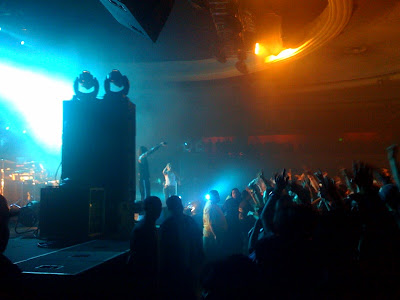