It might have been a coincidence (after all, Dodgy were played earlier in the evening) but the DJ at Spaceland played 'Shack up' by Factory Records stalwarts A Certain Ratio immediately after James left the stage last night...

James were briefly on Factory Records, releasing the single Jimone in 1983. For the sleeve, the band decided to each come up with an idea and they'd pick the best one... Only Jim Glennie completed the task and so was born the felt-tipped glory that is the sleeve for Jimone...

I can just imagine the conversation down at Factory between Anthony H. Wilson and label designer Peter Saville:

Tony: "C'mon Peter, it's a post-modern situationist masterpiece!"
Peter: "Tony - it's a pile of shit! Can't we use something out of Die neue Typographie?"
Tony: "But you've already plaguerized half of that book."
Peter: "True... We could reproduce it using the dichromat technique, mount it on a die-cut hessian sleeve and use a sans-serif..."
Tony: "This is my label so fuck off!" 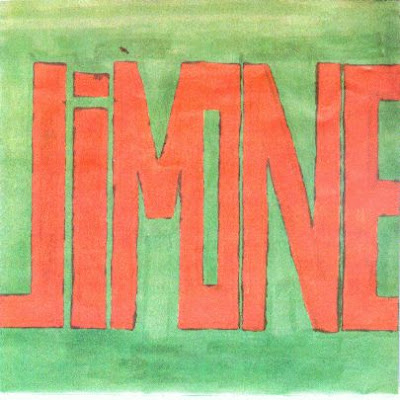