The Jazz Butcher Conspiracy at The Echo

Floods of biblical proportions and the (Mr) odd power cut or two didn't prevent me heading over to Echo Park to catch The Jazz Butcher Conspiracy. In 'Southern Mark Smith' Pat Fish sings '...in California everyone's got a swimming pool in their back yard' - well, they do now... Anyway, the night was started in fine fashion by Downy Mildew who apparently have been around for ever - their quirky pop not dissimilar to the JBC but with shared boy/girl vocals with a hint of 10,000 Maniacs and early REM. Need to find out more about them...

Max Eider took the stage first and played 'My Other Life' and 'Kings and Queens' before being joined by Pat Fish and Steve Valentine for great versions of 'Who loves you now...' and 'Drink'. Next Pat did a few solo songs including 'Switzerland' from the Wilson arsenal before being joined by Max for 'La Mer' and then the full band (featuring Kevin Haskins!) steamed into the following:

Great set and can only think of 'Just like Betty Page' and 'The Human Jungle' that I would have like to have heard... 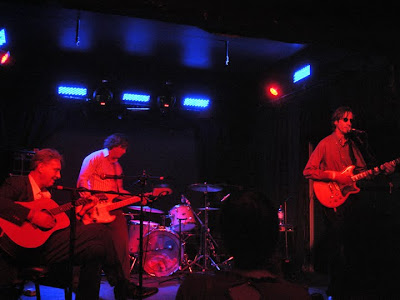 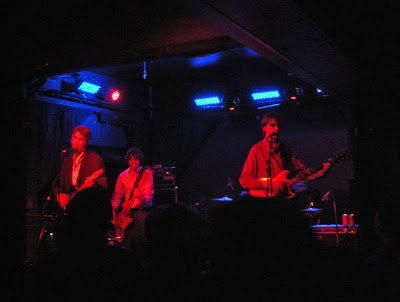