I enjoyed ExDetectives last night - a great set. Not that they had too much to follow - some indie en espanol from a band whose singer sounded amazingly like Enrique Iglesias (flat and Spanish) and a poor man's Lee Hazlewood and Nancy Sinatra. The latter (Colorada & Belle) murdered Nancy & Lee's 'Did you ever', raped Pink Floyd's 'Breathe' and pillaged The Stones' 'Wild horses', all while dressed as Gene Autry and his wife and doing a 'comedy' routine.

Anyways, ExDetectives played a couple of new songs of which 'Where you turn' sounded particularly strong. The set was well balanced and 'Closing Bell' is a great way to close. My only slight reservation was the turgid 'Return' but at this point only wild horses could drag it out of the set. Perhaps Gene Autry could help... 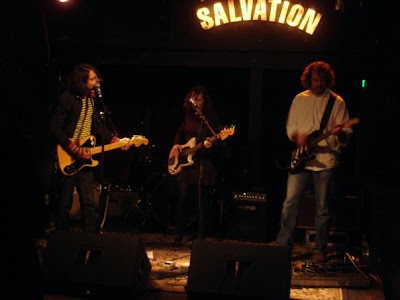 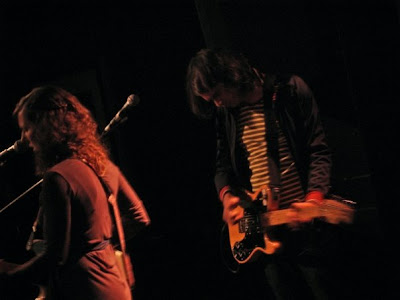 oh snap! you're sick of Return! I guess I better get to writing new songs to sing! :P

for the record, i get lots of compliments on that song! :P