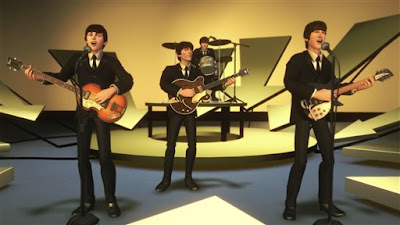 In a week when The Beatles legacy was brought kicking and screaming into the 21st century by the release of The Beatles: Rock Band!, it seems not everyone is happy with their digital band-mates being immortalized in a game. Krist Novoselic and Dave Grohl just released the following:

This is a statement regarding Nirvana, Guitar Hero and the likeness of the late Kurt Cobain.

We want people to know that we are dismayed and very disappointed in the way a facsimile of Kurt is used in the Guitar Hero game. The name and likeness of Kurt Cobain are the sole property of his estate – we have no control whatsoever in that area.

While we were aware of Kurt’s image being used with two Nirvana songs, we didn’t know players have the ability to unlock the character. This feature allows the character to be used with any kind of song the player wants. We urge Activision to do the right thing in “re-locking” Kurt’s character so that this won’t continue in the future.

It’s hard to watch an image of Kurt pantomiming other artists’ music alongside cartoon characters. Kurt Cobain wrote songs that hold a lot of meaning to people all over the world. We feel he deserves better.

Cobain - judge for yourself... 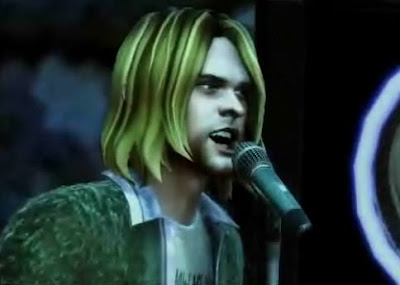