The Hotrats at The Troubadour

Gaz Coombes and Danny Goffey gave their energetic and entertaining take on some of their influences at The Troubadour last night. From psychedelia to glam, from punk to post-punk, they worked through a set of inventive covers. Highlights were great versions of 'Love is the drug' (Roxy Music), Bowie's 'Queen Bitch' and The Kinks 'Big Sky'... The only song that didn't work for me was The Sex Pistols 'EMI', where Steve Jones chunky layered guitars were replaced by an ineffective acoustic that was lost behind Goffey's (Keith) Moon-like assault on the drums... They finished with a little ditty called 'Caught by the fuzz' - now that did sound like the original! 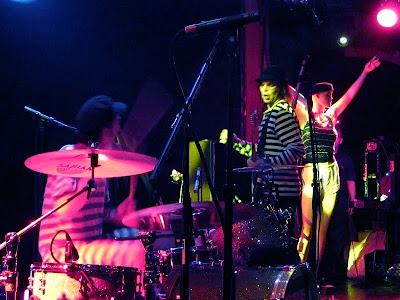 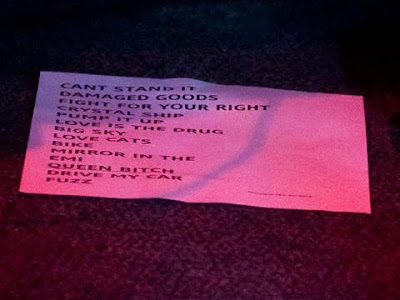