Look-in for an old friend...

I was looking for this Italian kid on Facebook who was my best friend when I lived on South Way, and I suddenly remembered that I met David Essex at his house! George lived opposite me on South Way and his Dad (Arnaldo Putzu) used to do the paintings that were on the cover of Look-in - a weekly kids magazine with features on the TV and music favorites of the era. Anyways, one day I was over at the Putzu's - probably playing Subbuteo (which was our main passtime aside from playing real football over at the local rec) when Arnaldo brings in David Essex, who he was painting for a forthcoming cover. I remember saying a quick hello and promptly forgot about it for the next 30 years until today... Essex was a big star at the time (my cousin Sharon had a huge poster of him on her bedroom wall alongside David Cassidy) but I don't remember being all that excited... Maybe if I'd met Dave Swindlehurst I would have been more impressed...

We moved out of South Way when I was 12 or 13 and I lost touch with George, although some quick googling reveals Arnaldo (and probably the rest of the family) went back to Rome in 1985.

Anyways, it appears Arnaldo not only painted the Look-in covers but a huge volume of movie posters - mainly the comedy films of the era such as the Carry-On movies but also stuff like the original Get Carter poster... 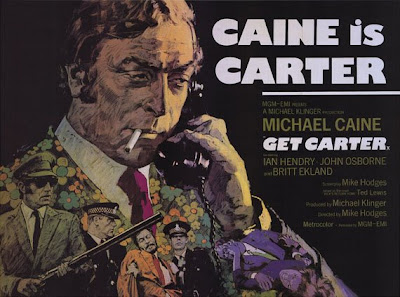 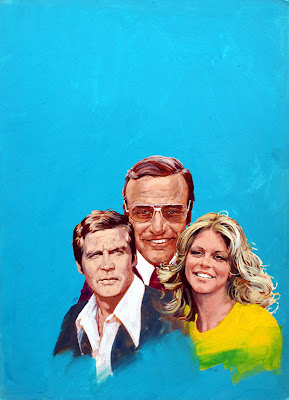 The cover of Look-in: 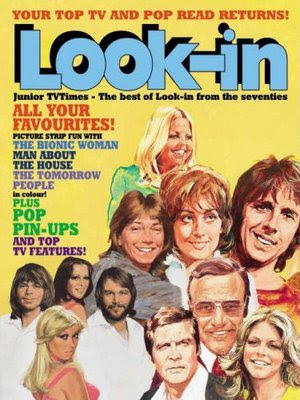 Just stumbled upon this posting of yours....I'm absolutely amazed, as Arnaldo Putzu is something of a hero of mine. I collect the old back issues of [i]Look-in[/i] for his superb illustrations, and I've laid my hands on a couple of his movie posters too; alas no original pieces mind you.

I wonder if you've seen the book [i]British Film Posters[/i]? In it, the author Sim Branaghan interviews Arnaldo, and quite a few of his best pieces are featured too.

I wrote about his work for [i]Look-in[/i] for a TV/Film memorabilia magazine a couple of years ago, and here's a blog piece I did on a poster of his, [i]Inside Out[/i], last year.

Thanks! Nice to know there are other Putzu fans out there! Looking back the guy was a hugely talented and prolific painter!

Isn't there a US artist who has a similar style? I remember reading about a retrospective in Los Angeles and thought the style was similar to Putzu. He did a lot of movie posters back in the day including the Star Trek movies if I remember correctly...

I lived next door to the Putzu's in South Way (name Pragnell). I travelled to London every day with Arnaldo when he worked for ITV and I worked for STV. He was fabulous. He had so many famous people to his home for sittings. I have one of his paintings - a huge canvas of Elvis. I have no idea if it's worth anything but would be interested to find out if anyone out there can help me. He also painted my sister Laura. George was a bit of a handful and they had some almighty rows. I remember the gorgeous cooking smells from their back door. I am so glad to hear Arnaldo is still alive and painting. They moved back to Italy in 1985 and I believe George was conscripted into the Italian Army. If anyone knows any more, be pleased to hear from you. Hilary Figg (nee Pragnell)

I would think it was worth something - particularly as Elvis is such a collectible celebrity!