SLR played an epic and memorable show to celebrate the release of 'Evolutionary Sunset Call' or as it's fast becoming known: 'the orange one'...

The OTAI orchestra played Sean onto the stage with some classical music which I probably should know the name of but oh well... The set started with some solo songs including a rare outing for 'Two ways' which Sean admitted was only the second time he's ever played it - the first time was when he hit the record button. After 'Intro in C' the strings came back for 'Insatiable' after which the full band came on for 'New Stone 40', 'We still love them' - which sounded brilliant with Derek's saxophone stabs and finally 'Brand New Way'. The highlight of the latter was the extended playout with the Brookline guys proving once again what great musicians they are... The keen eared will know the playout of 'Brand New Way' is also the end of 'Downhearted' and so the transition into a taped 'Happy Sun Day' complete with samples from Obama's victory speech proved a poignant and fitting end to a great set...

The full set was:

After a 30 minute break Sean, Vince, Derek and Justin came back on and did three amazing jams - which were almost as good as the official set... 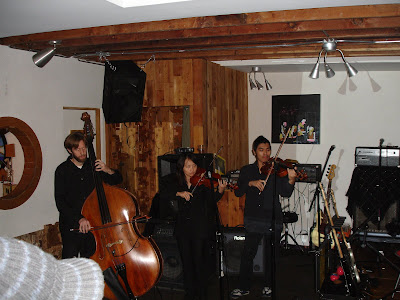 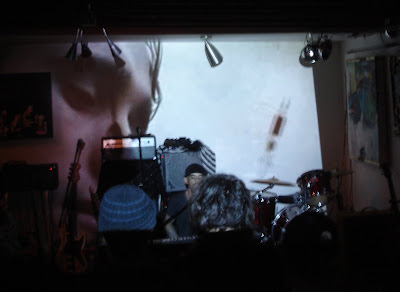 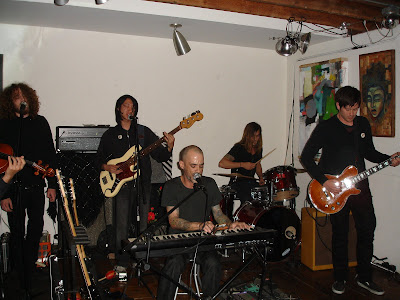 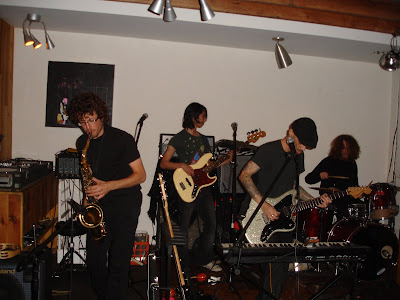